GET TO KNOW BOSTON'S PUBLIC TRANSPORTATION

Visiting Boston and unfamiliar with our public transportation system? Let us give you a rundown on the Massachusetts Bay Transportation Authority (MBTA) and how to use it to get to HUBweek and travel around the city.

THE T
Here in Boston, we fondly refer to our subway as the "T."

THE LINES
The T consists of four lines, each named after a color: Orange, Blue, Red, and Green. Each line is then subsequently referred to by its final destination and will help you determine which direction it is traveling in.

The Orange Line runs in one of two directions: Forest Hills or Oak Grove.

The Blue Line also runs in one of two directions: Wonderland or Bowdoin.

The Red Line runs in one of two directions but, in one direction, branches off into two different destinations. The first direction is to Alewife. The second direction is to either Ashmont or Braintree.

The Green Line runs in one of two directions but, in one direction, branches off into four different destinations. The first direction is to Lechmere. The second direction is dictated by letters: to Boston College (B), Cleveland Circle (C), Riverside (D), or Heath (E).

It is important to take note of the line's final destination before boarding. You can check out a map of the full T system below. 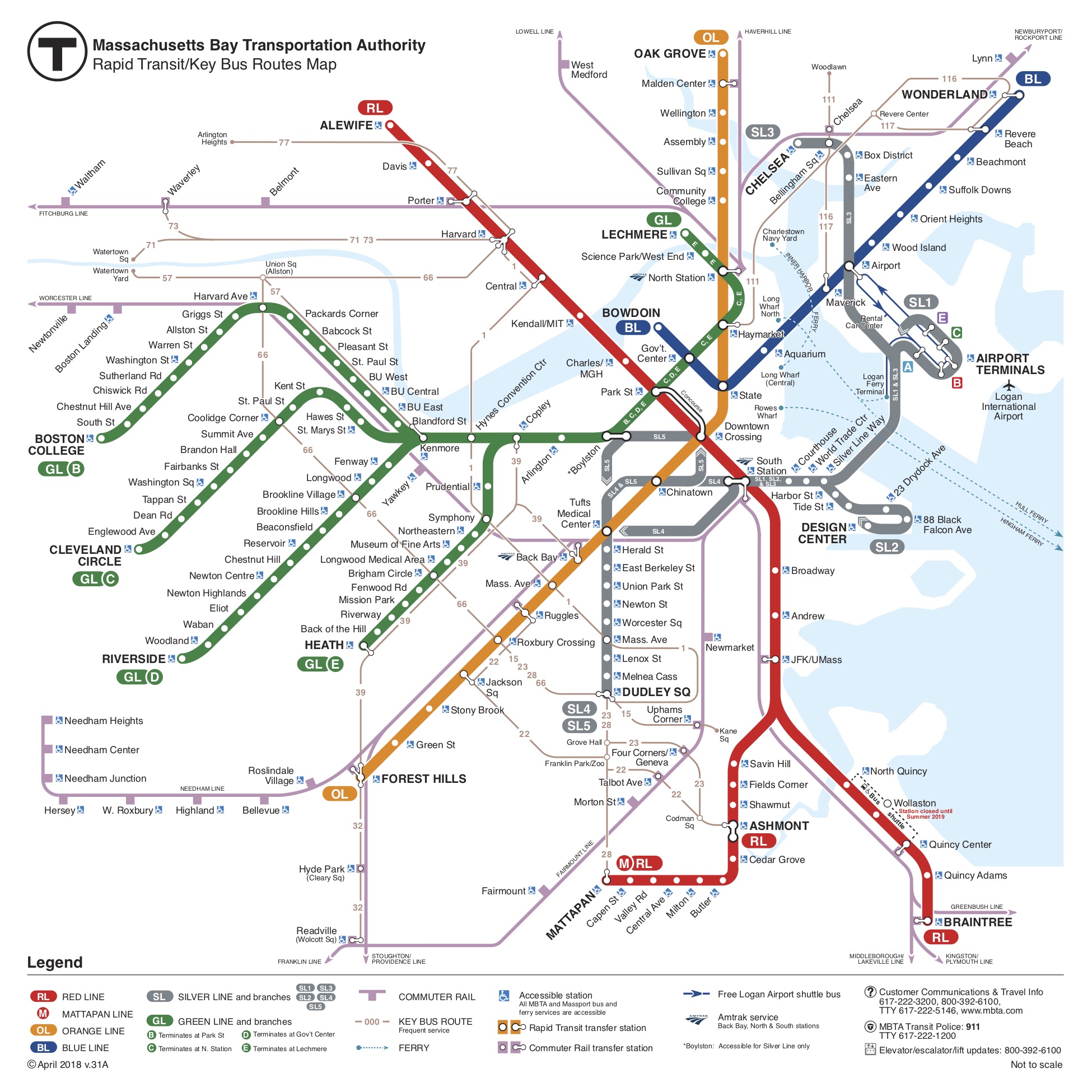 INBOUND/OUTBOUND
In addition to color and destination, the T is referred to by traveling either in Inbound or Outbound directions. These terms fluctuate depending on where you are boarding the T. As a general rule of thumb, Inbound is always towards Downtown Boston while Outbound is away from it.

FARES
At every T entrance, you are able to purchase tickets to board the subway at standalone kiosks. These tickets are called CharlieTickets and they are reusable paper passes that can be loaded with either cash value or 1-day, 7-day, or monthly passes. You can learn more about the 1-day and 7-day pass options towards the bottom of this page. The standard one-way CharlieTicket fare is $2.75. 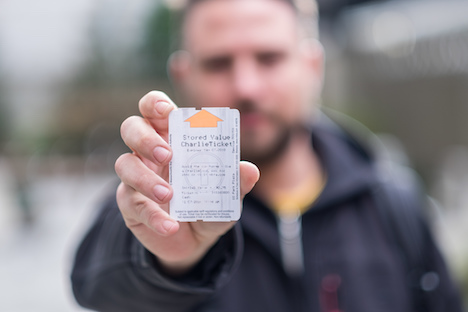 To enter subway stations, insert your CharlieTicket into the slot on the fare gate with the orange arrow facing up and away from you. At street-level stops, insert your ticket into the onboard fare box to board. The ticket will be returned to you after the machine reads it. 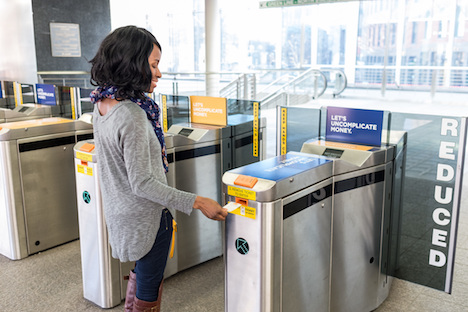 ROUTES
The MBTA bus system has numerous routes, which you can view here.

FARES
Like the T, buses accept CharlieTickets. They also accept cash but it is more convenient to load up a CharlieTicket in advance. The standard one-way CharlieTicket or cash fare is $2.00.

Please note that CharlieTickets include one free transfer to another local bus whereas there are no free transfers with a cash fare.

If you are planning to use the MBTA multiple times in one day or frequently across your time at HUBweek, we recommend buying either a 1-day or 7-day pass. These day passes are available to load onto your CharlieTicket.

1-DAY
A 1-day pass is $12. It grants you unlimited travel on the T and bus for one day. A 1-day CharlieTicket is valid from the time of purchase.

7-DAY
A 7-day pass is $21.25. It grants you unlimited travel on the T and bus for seven days. A 7-day CharlieTicket is valid from the time of purchase.

The MBTA has a very detailed website for all your public transportation needs. Help links include, but are not limited to: